There are a few differences when it comes to an MMA glove vs boxing glove. However, before we dive into the facts regarding the gloves let’s do a bit overview of the difference between these two type of sports.

Combat sports can get that adrenaline pumping and keep many people on the edge of their seat wondering what will happen next. Many fighters get pumped during training and go through equipment while trying to reach their ideal goal.

Gloves for both MMA and boxing are very important. It’s best to have a couple pairs of good quality gloves on hand when competing in these sports.

MMA stands for mixed martial arts where fighters are usually in a caged match without any headgear or thick gloves for protection during their match. This sport utilizes the whole body during it’s matches. A typical cage for MMA fighters to compete in is usually in a square or octagon shape.

During a fight the fighters are able to make full contact when completing any move. MMA uses multiple different techniques from different combat sports around the world. Some of these consists of taekwondo, karate, sambo, judo, boxing and many more.

It’s important to have the gloves as efficient as possible as fighters use their hands a lot grappling and grabbing during combat. The gloves for MMA fighters started in the 1980’s and have come a long way since then.

Boxing is also a combat sport where two individuals will wear gloves and other equipment for protection and fight for a certain amount of time in a boxing ring. This sport is mainly focused on the use of the hands.

Each competitor has a corner of the ring where they are able to rest for one minute in between matches. During their rest time a trainer will usually give advice that may help the fighter when the match continues.

In this sport fighters will only be throwing punches during their matches.

When it comes to the gloves themselves an MMA glove vs boxing glove there are several differences. Boxing gloves have more protection and usually do less damage compared to a MMA glove.

They are designed for one purpose and that is for excessive punching. Boxing gloves are made for extra protection on your hands and the impact when it comes to hitting the opponent. They have extra padding using a pound of soft material usually made with three layers of foam making the glove 16 ounces.

It’s designed this way because someone who is boxing will receive and give many more punches than the average MMA fighter. MMA gloves are also known as grappling gloves because they are mainly used to grapple opponents during matches.

An MMA glove is thinner, sleeker and less padded compared to a boxing glove. It does not have as much padding as a boxing glove but it does provide padding on the outside of the hand to help for protection.

The MMA glove is made lighter than a boxing glove weighing in at 4-6 ounces usually. Compared to a MMA glove, the boxing glove is safer to use for training as it has lower risks of injuries to a fighters hands.

The fit itself on these gloves make a difference between these two. A boxing glove fits like a mitten keeping all fingers enclosed with the thumb having it’s own enclosure and padded. A MMA glove fits the hand more like a glove keeping fingers separated and some parts of the fingers exposed.

The fingers being exposed can help a MMA fighter with their grappling and submissions that will be done during combat. Both of these gloves can make impact with an opponent. Since boxing gloves have more padding it will make impacts a little harder since they have more mass.

These impacts are more likely to shake the brain a little more. Even though an MMA glove has less padding this will still increase the chance of cutting and having more power through impact. An MMA glove can help a fighter succeed but it cannot stop serious injuries or traumas.

The extra padding from a boxing glove on the hands during this practice will help protect the hands from repeatedly hitting the bag. Hitting a punching bag without gloves over and over will eventually lead to health issues with both wrists and hands.

Since it can cause damage in the long run it’s best to be properly equipped with boxing gloves because of their padding.

Both an MMA glove and a boxing glove are considered good for their sport and one does not oversee the other. They both make impacts as needed for each sport. Even though there are several differences with a MMA glove vs boxing glove, it’s important to take several things into account before purchasing.

First making sure the type of glove is appropriate for the sport. Secondly, the size of the glove and quality are both crucial components when making the selection. Also, keep in mind to purchase 2 pairs to help for both training and fighting.

Gloves that are durable for training, great quality, right for the sport and have a great fit will make for a perfect match for the fighter. 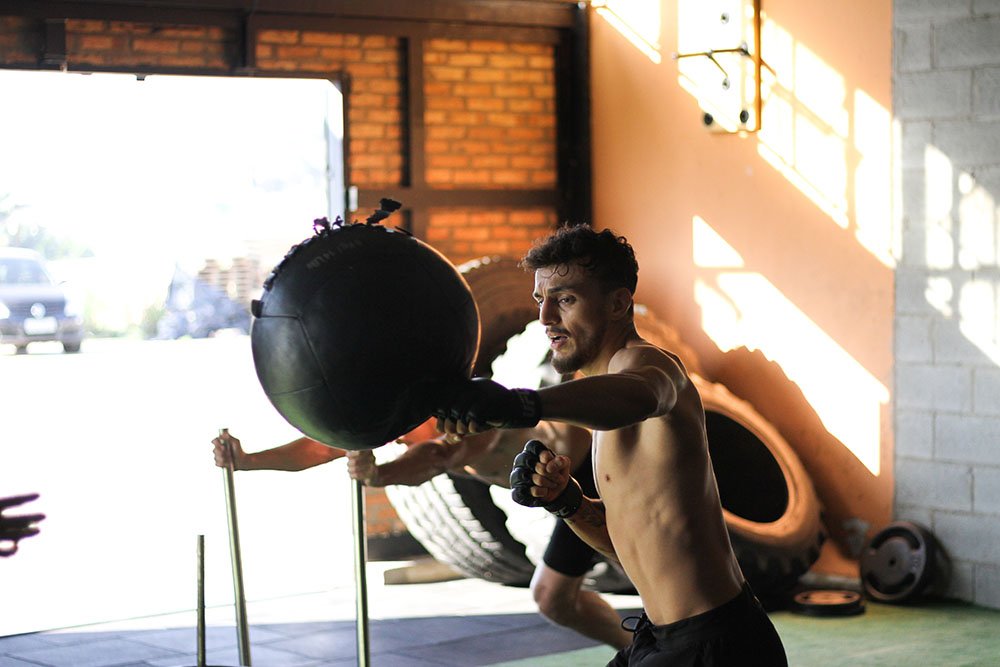